Go Back in Time 225 Years at Fort San Cristobal 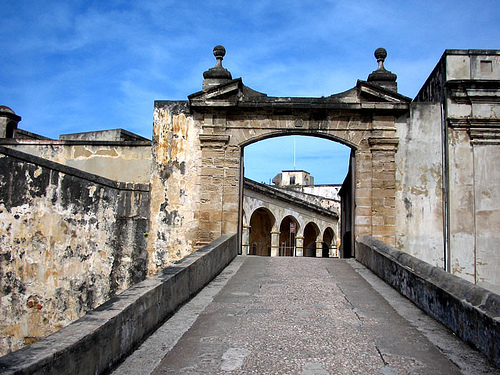 Bienvenido! I’d like to share a lil bit of our rich Puerto Rican heritage with you. As, most of you know Puerto Rico is known for our beautiful people, gorgeous beaches, and oh so tasty food. But, do you know the real history behind our country?

Allow me, if you will to take you back in time way before we were considered part of the US Territory. Fort San Cristobal is often considered the other fort in Old San Juan. For reasons that I can’t fathom, people flock to El Morro and rarely visit Fort San Cristobal. Maybe, because they think it’s just one huge fort. But they don’t know what they’re missing – I think it is a definitely worth a visit! Some of you are probably still a little confused and maybe wondering what the El Morro is…..this mi amigos will be a later post. 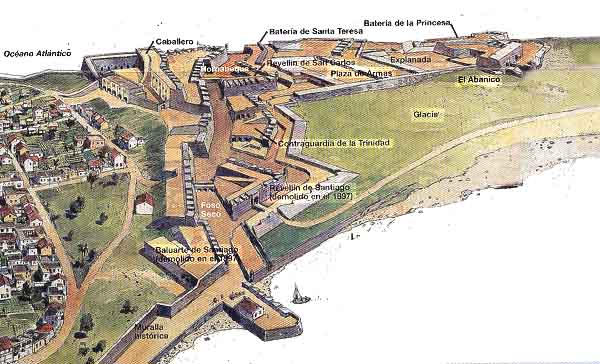 Lets slip a little deeper into the past that makes up our history. Puerto Rico is the easternmost of the Greater Antilles in the Caribbean and is the first major island with fresh water, food, shelter, and supplies like wood that sailors could reach coming from Europe by sea. But something else made Puerto Rico even more important to Spain. Shortly after the Spaniards settled here, they discovered that the bigger territories in Mexico, Central and South America were full of treasures like gold, silver and gems. Spain wanted those riches. The military fortifications in San Juan established Puerto Rico as the “front door” to the expansive Spanish colonies in the New World.

So during the 16th century, Spain quickly became a major world power largely because of the strategically located island of Puerto Rico. That’s why Spain spent over 250 years fortifying this prized location. It’s no wonder why Spain vigorously protected and kept Puerto Rico under its control for nearly 400 years. 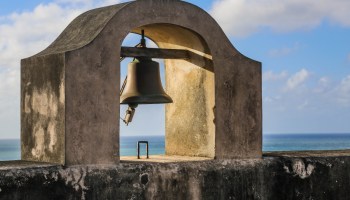 Fort San Cristobal was built to protect Old San Juan from land attacks. It stands where the eastern gate to the walled city of Old San Juan was located back in the 1800′s, when the wall completely surrounded the city. Of the 2 forts in Old San Juan, Fort San Cristobal is the youngster – it is only about 225 years old. It is a huge fort (the larger of the two) covering 27 acres, with some of this acreage now accessible to the public.

Constructed starting in 1634 after a land attack in 1625 from the Dutch exposed weaknesses in Old San Juan’s defenses. Between the years of 1765 to 1783, the major construction occurred resulting in the fort as we see it today. Fort San Cristobal is a huge structure, rising about 150 feet above sea level. In 1797, there was another land attack on the city by the British, under the command of Sir Ralph Abercrombe. But this attack was halted before it even got to San Cristobal fort. In 1855, many of the soldiers living inside the fort held a mutiny in San Cristobal against the Spanish crown. But it lasted only 24 hours.

Fort San Cristobal saw it’s final military action in 1898, during the Spanish-American War. Puerto Rico was under attack from the US Navy warships. The Spanish military tried to fight back, but the old cannons and forts could not withstand the assault, and they surrendered within 24 hours. Six months later, Puerto Rico became a territory of the United States.

The US continued to use the fort as an active military base. In 1942, during World War II, concrete pillboxes and an underground bunker control center were added to the ancient defenses of San Cristobal. In 1949, both forts were designated as San Juan National Historic Sites. In 1961, the US Army moved out of the forts of Old San Juan, and they became the jurisdiction of the US National Park Service, to be preserved solely as museums. In 1983, the San Juan National Historic Site was declared a World Heritage Site by the United Nations.

I like this fort better than El Morro. They have restored it, yet kept it alive like it was when it was a military fortress. There are a number of interesting things you should not miss when you visit this fort. To be honest, no trip to Puerto Rico is complete with out visiting both forts in Old San Juan. Here you are able to learn the history of Puerto Rico. ……and the views are absolutely breathtaking!!!!!